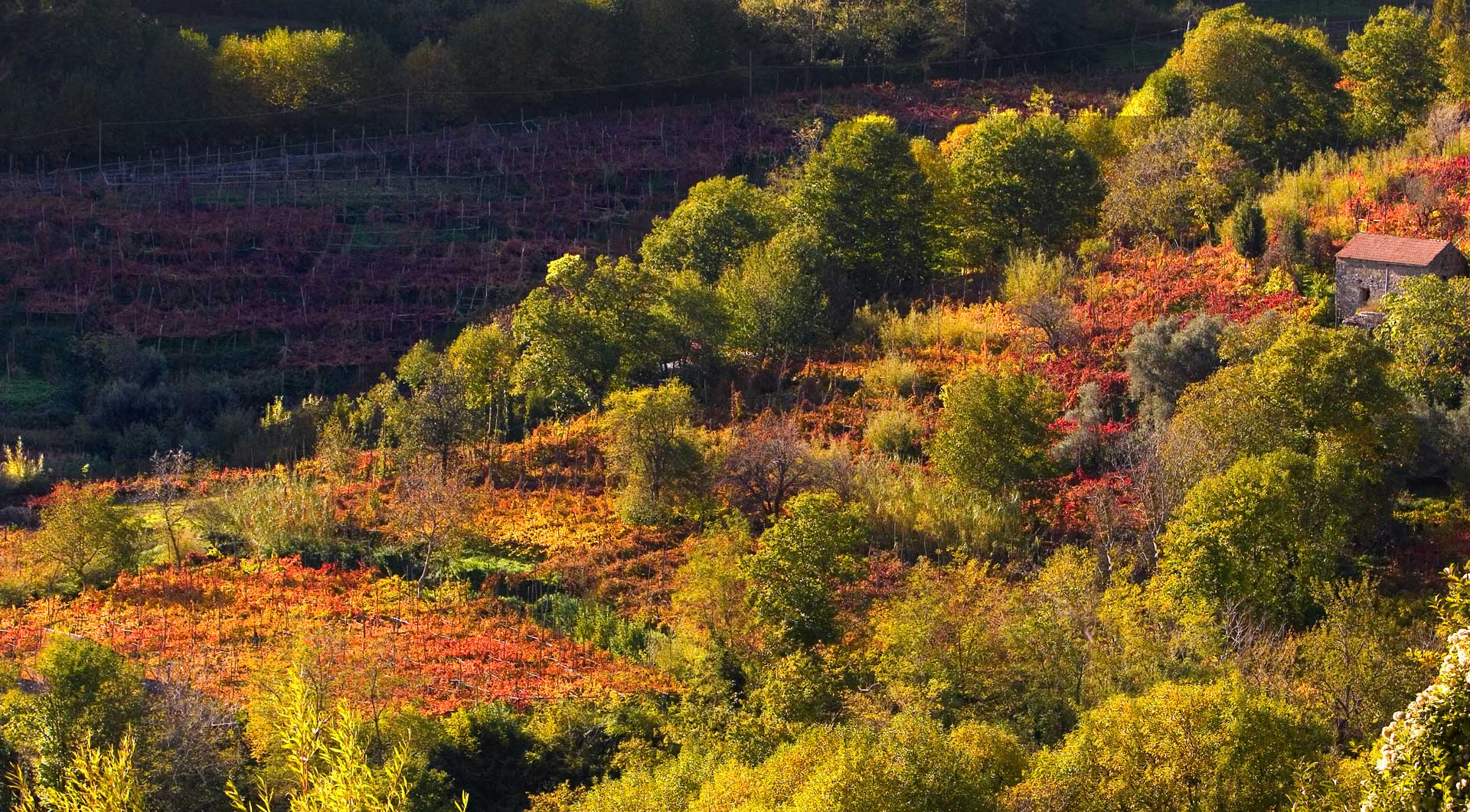 Eight out of fourteen hectares of the vineyards owned, are covered by over 100 year old and pre-phylloxera vines of the native grape varieties Tintore, Aglianico and Piedirosso for the production of “4Spine” (4Thorns) Tramonti Red Reserve wine and pre-phylloxera Tintore “E’ISS”.

Four hectares and a half, including the Cru vineyard “Vigna dei Preti” (Priests’ Vineyard) are cultivated with falanghina, biancolella, biancazita, biancatenera, pepella and ginestra for the production of Tramonti white wine and “PerEva” Tramonti white Reserve wine.

The two hectares left have been recently re-planted to revive the ancient vineyard on about 600 meters above sea-level in Chiunzi (northern area of Tramonti) and the ancient and magical “Vigna del Campo” (Field Vineyard) adjacent to the antique Conservatorio di Santa Teresa (old convent and school for girls) in Pucara (southern hamlet of Tramonti), in a plot of land that has been abandoned for over 20 years, invaded by bramble bushes, shrubs and rubbish. The latter is the biggest vineyard of the Amalfi Coast.

All the vineyards are characterized by high density plant and situated on steep sloped terraced lands between 200 and 600 meters above sea-level.
Vine training systems used are pergola-trained vines for the old vineyards and guyot for the other ones.
The production is calculated around 70/90 quintals per hectare.

Great attention is paid to the preservation and the protection of the environment, in accordance with the Regional Plans for the reduction of the use of phytochemistry; we use ancient and natural techniques.

Our viticulture is (non-certified) organic.
Thanks to this green phylosophy, safeguard and promotion of indigenous grape varieties such as Tintore, Tenuta San Francesco was awarded for five years the Snail Prize of the Slow Wine Guide, an additional expression of susteinability of the territory.

Discover the oldest pre-fillossera vines in the world.

Temperate climate, characterized by north winds and the influence of the nearby sea of the Amalfi Coast.

Terraced hilly area, between 200 and 600 m above sea level, consisting of clayey soil with pomice stones and volcanic ash.